Just ordered the case and plastic panels for my new project. I'm not quite ready to start a thread but I'm excited so I have to post something, lol.
In another thread I made reference to it, but it's a personal assistant robot in the style of Dr. Theopolis from Buck Rogers.
Her "AI" is all C++, and she has a handful of real world functions but I just started working on speech recognition with pocketsphinx so that hurdle needs overcome before I can call her "ready".
I was particular with coding so all of her real world functions are in seperate header files which keeps her main lean and clean and makes it easier to write new functions for her.
Candice will run on a C0, providing pocketsphinx isn't too much for it, she's got a mammoth 26800 mah battery with solar charging, Odroid sound card, and she'll be doing the traditional "blinking lights while speaking" thing.
Festival is doing the speech, but I'm having trouble with the Nitech voices so she has a mediocre voice atm.
I've learned more C++ in the last month writing Candice than I learned in almost a year online schooling, even wrote my first multithreading code a couple days ago.

Sounds like a great project! Make sure to document your progreas for the magazine.

Also test speech recognition speed. I was playing with mycroft a couple of years ago on a c2. It was ok, but a bit slow in response time and a bit of a cpu hog. https://youtu.be/mIM81al60TI

Haha, I found that video a month or so ago and didn't realize it was yours. I looked at Mycroft for a while but going to a pre-made bot defeated the purpose for me because the whole concept of this is to teach myself how to code.
From what I read on the Sphinx documentation as long as I keep her dictionary on the small side she should be efficient enough to run on a single board computer so hopefully this one has the nuts for it.
Top

Indeed - having a goal while learning how to code can keep you motivated.

Is C0 traditionally big balls to get wifi from command line or is mine special?
Top

No. You can install NetworkManager and use nmtui to setup a new wifi connection.
If you notice latency or dropped pings, search /etc/NetworkManager for a config file where you can turn off powersave mode.

Thanks, I'll try that, I've been trying wpa_supplicant and for some reason everything is fine but it just won't connect to my wifi. I'm using an Odroid dongle too.
I was hoping to start fabrication and assembly this weekend. The 1/8" plastic sheets and thin acrylic sheets are perfect! They even diffuse light fairly well.
The tins for her "body" arrived damaged so I had to put into Amazon for replacement.
I suppose I can still start fabrication on the plastic stuff and do mock up inside one of these tins.
The battery sits at about a 45* angle, about what I was looking for so it's solar panels are angled up some.
They'll probably be covered somewhat with the thin acrylic but hopefully some light gets to them. Solar charging wasn't sopposed to happen but it was a feature on the best battery I could find for my application.
Still have USB ports and standoffs on order so I couldn't really assemble anyway.
Realistically she could go together now, everything software will happen through tty.
I'm mounting the sound board and audio amp seperate and connecting them to the C0 with umbilical cords so as not to obstruct the view of the C0 with it's shiny heatsink and all. 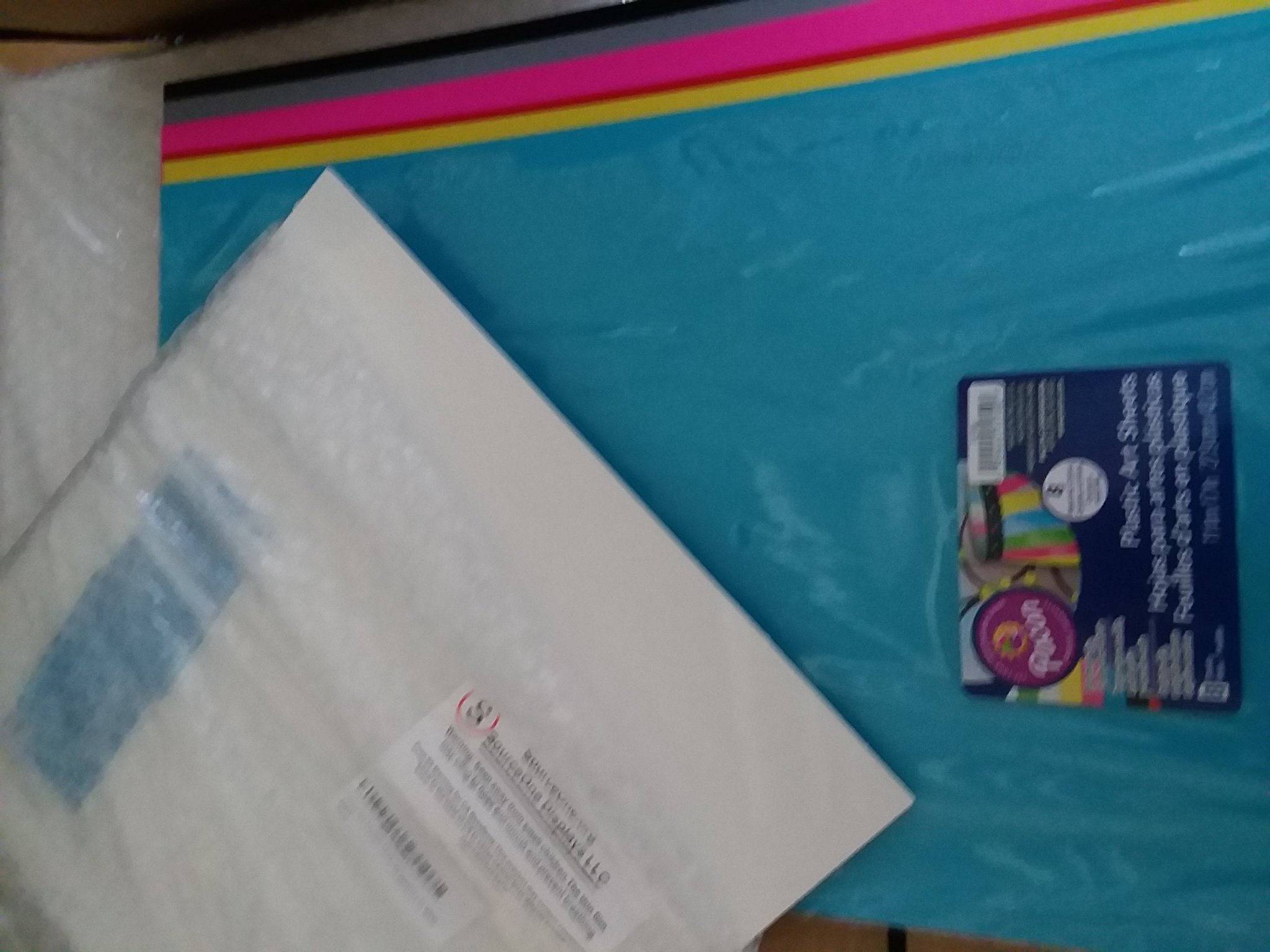 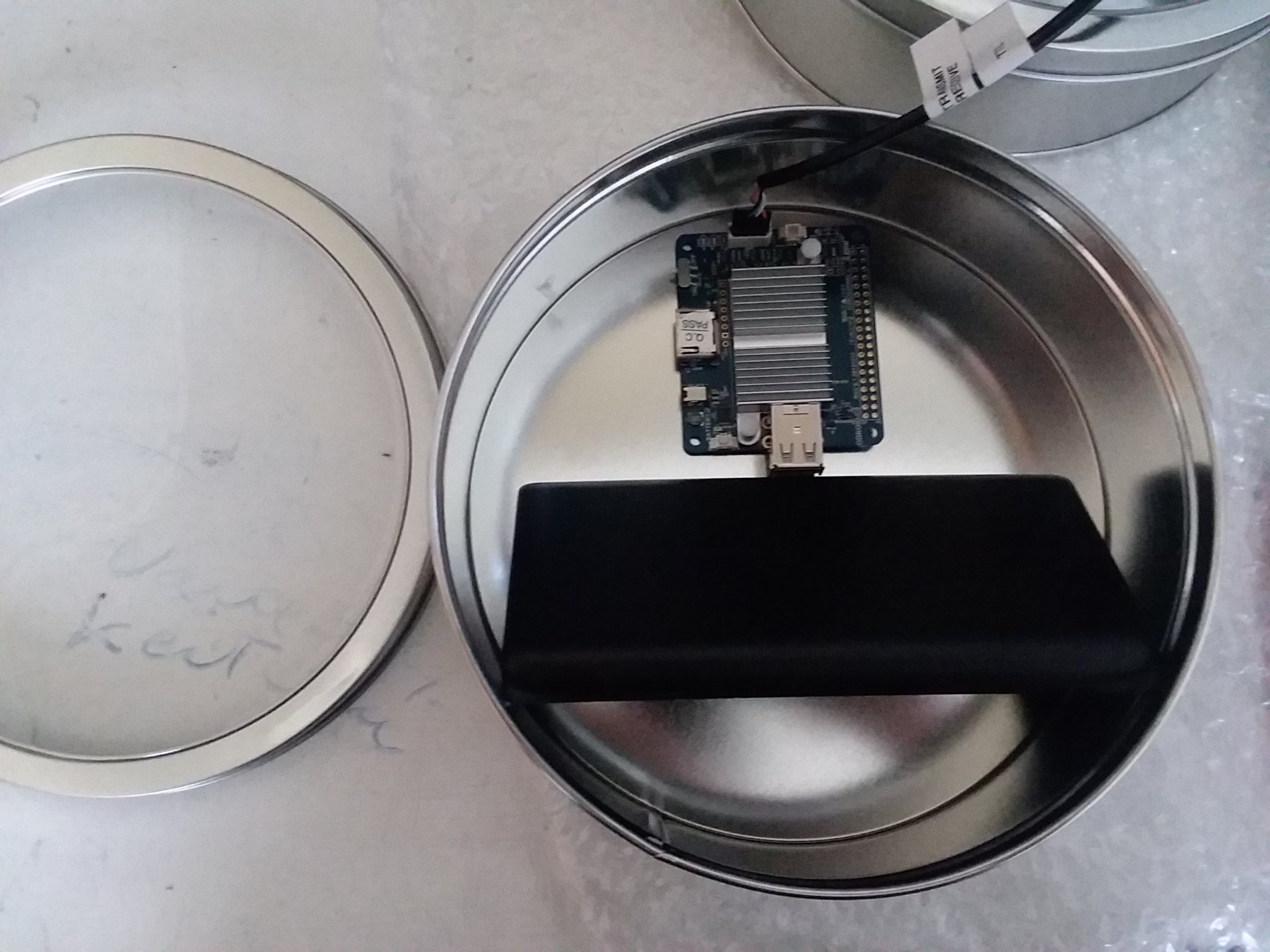 I'm not wasting any more time trying to get the C0 on wifi. Tonight I ordered a C1+, I'll pop the eMMC into it and do all the setup, then put it back in the C0. I do want to get the C0 online but I don't need it for now so I'll come back to it when it becomes a necessity.
Top

Today I took a big C++ step for me, learned how to use std::filesystem to point Candice at a folder where her responses are so everything isn't piled into one directory.
I still have to learn how to drop back a directory for my vision of a bot with multiple moods to come to life though.
I'm writing multiple response folders, so certain words, phrases, or real world inputs can change her attitude.
Top

Made some more progress this weekend, the 2" speakers I ordered, while very nice are also entirely too large after some kind of enclosures so they don't sound raspy and crappy so I got some 1.5" speakers on order but my plan of fabricating and assembly this weekend was thwarted.
So I turned my attention to software again. Dropping back to the parent response directory is now done with absolute path, but I named the data directories with the same number of characters for later.
I figure I can have her get the absolute path of the current directory and iterate it into a string and knock a predetermined number of characters off the end so that string becomes the path to the parent directory, but that's not necessary for now as she'll just be running on the C0 and C1+ with the same eMMC.
I also rewrote and optimized a second thread so she makes random sounds at random times like we do, cough, sneeze, sigh, ect.....
The second thread is simple enough that I was able to lay the groundwork for polling GPIOs.
She's getting tilt switches and vibration sensors so she can be a bit more interactive and mistreatment will of course affect her mood ( which folder her responses come from) as well.
And a silly question, is it possible to open a remote console like we do with serial over Bluetooth or wifi?
I think it would be really cool to be able to have control over her from the computer in the lab without any wires, and even cooler for her to be able to run system commands on the lab computer without any wires.
Top

That's why ssh with key authentication was invented

Ady, can I do that directly between two computers without a network hub?
Edit: it looks like wpa_supplicant can do so. Cool
Top

Yes, as long as you use IP addresses from the same subnet.
Top

I think the table is wrong or outdated.

This "gpio readall" output seems to be much more accurate. 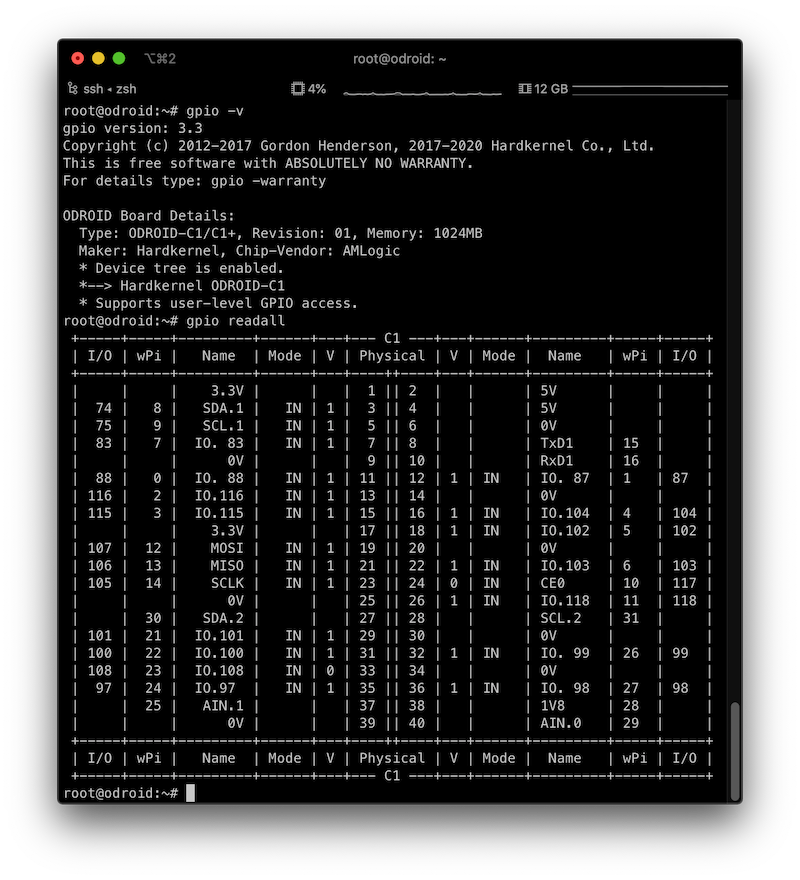 That's a great help thank you! And the work that's happening in that thread, wow! That's something I need to follow.
Top

Tested the audio amp and voided the warranty on a perfectly good HIFI shield+, thinned it down and got the amp mounted on it. Also replaced the I2C port with a topside 90* male header. I want the C0 to be visible so the sound needs to be mounted elsewhere..
Also got lucky enough to find the right size thin wall tubing and made speaker enclosures.
The breakout board for the 40 pin GPIO is together but I hate the header and ribbon cable so I got some new headers on order.
Ameridroid has a sleek ribbon cable that looks like it has TE Connectivity plugs so I'll put together yet another order from them. The TE ones are generally pretty easy to disassemble and reassemble so I can shorten it and flip one side and be much happier about it than this rainbow color one I currently have with plugs that are 3/4" tall and uglier than a $10 prostitute.
I also started looking at the charging board I'm using, it's not bad but it's not going to give me useable inputs for testing voltage level from the status LEDs like I hoped because they are in an odd series / parallel PWM arrangement.
I'd considered using the built in charger on the C0 but I'm uncomfortable giving it 26,800mah of battery to charge when it was designed with 3000mah in mind.
Also, I'm leaving space to swap the C0 for a C1+ in case she outgrows it, but I doubt that could happen.
Anyway I'll be voltage dividing into adc to get a reading so Candice will be able to tell me exactly the voltage, I'm open to suggestion as far as the minimum voltage she should see before shutting herself down.
I'm including a picture of the sound portion of the project as that was the most time consuming this weekend due to the very small pin spacing on the PAM8403 amp, I suppose I could have just hit mouser and gotten a header and plug but I want to keep everything at 2.54mm.
Wiggle those wires a few times and they break, resulting in a repair that wiggles more wires so it was frustrating to assemble for something as silly as a header plug.
The amp is incredible for it's size, or even something twice it's size for that matter, very clean and it has a poweroff pin that is compatible with GPIO, pulling it low resulted in 0.00ma of draw on my power supply!
The poweroff pin is so sensitive any kind of low triggers it, like just touching with a finger, now if it only had 2.54mm hole spacing it would be perfect.
I'm going to try to get some time this week to keep fabricating so maybe I'll have her hardware assembled sooner than later.

Getting cozy with ssh, played with it both directions, then just for kicks did an ssh connection into the C1, and from that connection to the C1 back to my computer, lol.
Most ridiculous use of a terminal ever.
Top
Post Reply
18 posts • Page 1 of 1