Trying to install the root version of Youtube Vanced.
But i don't have TWRP recovery... So you can no doubt see my dilemma.

Not sure if i have to use the terminal or what. But a quick step by step would be nice. Especially for steps that may be tricky, like sudo commands.
Last edited by LazyBunny on Sun Sep 15, 2019 6:33 am, edited 2 times in total.
Apply bunny directly to face.
*Facebun*

And Install YouTube Vanced from the Magisk repository.
https://vanced.app/APKs?type=MAGISK

Naw.. There has to be another way. I don't have a ubuntu PC or a week to spend on this. There is no way I'd go through all that. If there's no other way to install the root version, then i'll settle for the non-root version.

Edit: looks like settling for the non-root version may not be an option either. Since google assistant doesn't play well with it.
Apply bunny directly to face.
*Facebun*

I found a work around. And found a way to install the root version. It's also super easy compared to the magisk technique.
This DOES work with Google Assistant so you can say "Ok Google, play Shallow by pentatonix on youtube." and it'll play it in youtube vanced, ad free.

I had to install opengapps Stock, by using a gapps-config.txt that only listed a few items as "included" but two items you absolutely want is Search (google app) and (Youtube) app. Since you absolutely need the youtube app to be installed as a system app for this workaround to work.

You can't include too much from the gapps stock, since it'll say you don't have enough space. I'll include a list of what to put in the gapps-config.txt which goes in the same folder as your gapps arm 6.0 stock zip.

Ok, here's the steps i had to take. (steps/sections)
Step 1... Install YouTube Vanced Root on a normal Rooted phone or tablet that also uses a 32bit android build in the android 5.0-6.0 range. For me, i used my rooted Samsung On5.

Step 2: Using a file browser with root access, i use MiXplorer from the XDA forums, go into /system/app and copy the Youtube (after youtube vanced is installed) folder, to your desktop OR to another storage device. I use MiXplorer's built in FTP Server, direct MiXplorer to the system folder, then i start the server and when i open the FTP address on my PC, it goes right into the system folder on my phone.
So i was able to copy my Youtube Folder to my desktop. Inside it has Youtube.apk and Lib folder.

Step 3: On the odroid c2, and if you've installed youtube through gapps and not the playstore, you should also have a youtube folder in /system/app/
Go into your settings, apps, youtube, and force close the app, to make sure it's not running. Then access /system/ with the mixplorer/file browser, i again did this with the FTP and i deleted all the files inside the odroids /system/app/Youtube/ folder.. which happens to only include the official Youtube.apk.

Step 3b: Copy the youtube.apk and lib folder that you got from your rooted phone/tablet over into your odroids /system/app/Youtube folder

Step 4: Reboot the odroid. And done.

Copy/paste this into a file named gapps-config.txt and put it in the same folder as your STOCK version of arm gapps 6.0. Not the pico or nano. 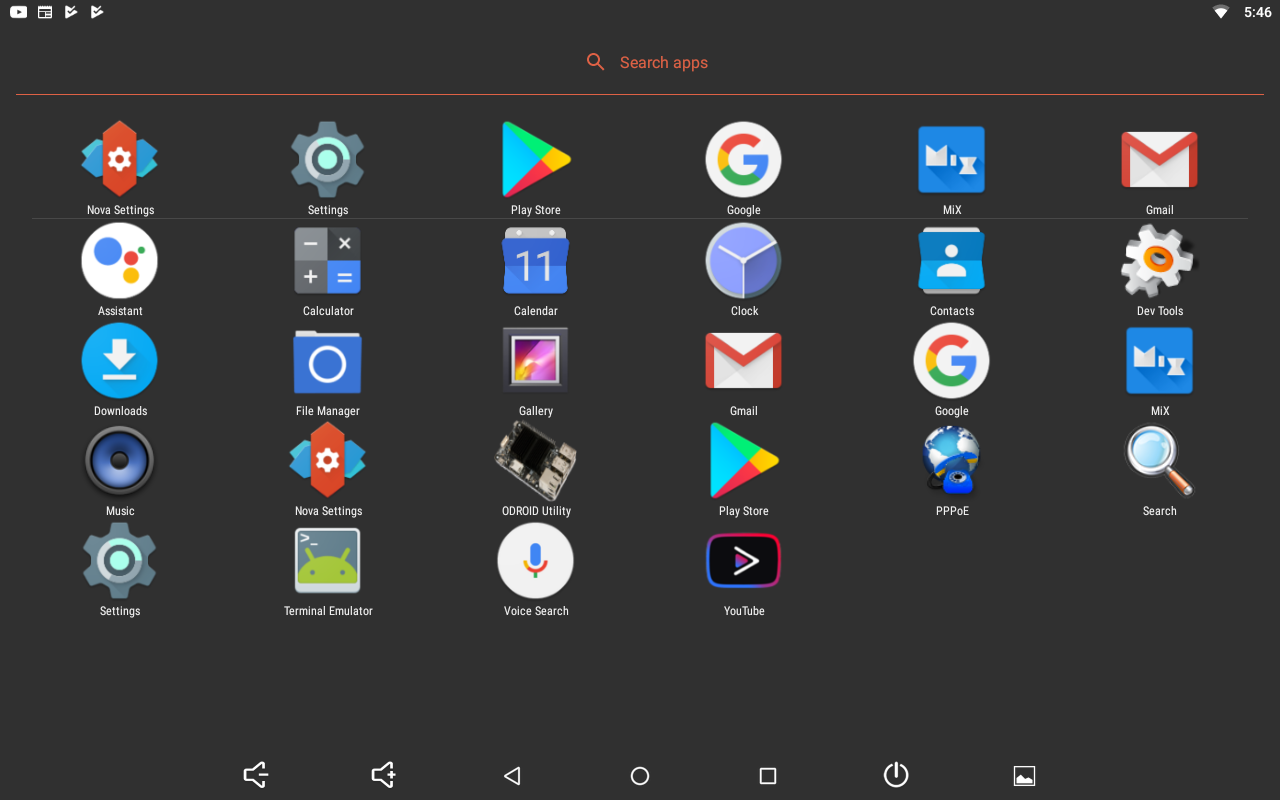 You should make the instructions fool-proof and send @robroy an article for the magazine. I too think it's cool
Top

@mad_ady
To be fair, my name IS Lazy Bunny, not Goes out of her way Bunny. ^_^ All kidding aside, I might, my emmc arrives today so i'll be repeating the process. I've been doing this on an SD card.

Since there's a lot of little steps, and common-sense steps, and things that require previous knowledge on, i'm not sure how much detail to go into. Like do i have to Describe how to setup FTP in MiXplorer? I'm wondering if i can get permission from the Youtube Vanced team, to upload the youtube apk and files, for use here. So people without an older rooted phone/tablet can still perform this. I'll do that now, because that'll be a game changer, since that'll simplify everything.
Apply bunny directly to face.
*Facebun*

Plus that warm, fuzzy feeling you get for doing good for the community. As a bunny, you should know what I'm talking about

Still waiting for the permissions.

Edit:
Like i wrote up the tutorial and have a draft saved, took me about an hour, but i really-really want to get permissions from the YouTube Vanced team. I've sent them a message on the XDA-developers forums, and sent one to one of the top bananas on their discord channel. But no reply yet.
Apply bunny directly to face.
*Facebun*

Any way to extract what's needed from their package?
Top

Yes.. yes there is! After talking with xfileFIN, one of the Youtube Vanced devs. he explained how to simplify it and extract the files, super easy. And it's so easy, i feel silly now.

Short version for extracting the files.
Download the armeabi-v7a root version, theme of your choice. Create a copy. Rename 1 to Youtube.APK, and 1 to something.zip, extract the /lib/ folder from the zip. And done. Extracting the libs lets the system access them much faster, his words. and lesbihonest, we need all the performance we can get.

Still gotta go through some other steps such as uninstalling youtubes updates, disabling automatic updates, Disabling Youtube, Copying the files and setting the permissions and so forth, but just getting the files is easy. So yeah.. i don't need permissions now.

since i don't have to upload the files. XD

Users browsing this forum: No registered users and 4 guests