Tested only on EMMC so avoid sdcards 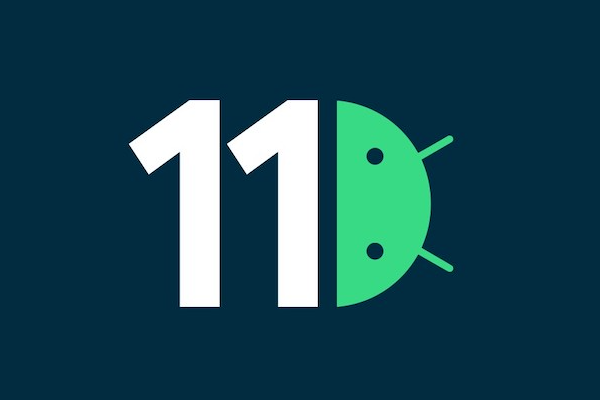 For Google apps please read this.
https://www.google.com/android/uncertified/
Also after you register your Android framework ID, please wait some time (30-60 minutes) then reboot Odroid and try to add Google Account.

reserved
Buy me a beer

I'll definitely give this a try when I get a chance. Is there anything that's not working that you know of?
Top

HDMI-CEC Disabled at this moment. Need more deep investigate to understand why it make troubles.
No volume panel but Navbar volume keys seems working.
Buy me a beer

and no Magisk i think?
Top

installed on an N2+. Works similar to teh 11.x version and behavior ist very similar in terms of my questions.

- Google Earth in not working. Tryied it with Andriod 9, 10 and 11. Same situation wuth Google Earth and likely other Apps. GPU driver, Setting within code?
- Retroarch can not detect the controller. XBOX Controller use "fallback mode" and can no be configured. The "galv0nized-atv" image (9.0) detects the XBOX Contoller as Logitech and it can be used in RetroArch - however the config is allways "Auto", but correct. Error is the same as in all other builds. "android gamepad 1118/673 not configured. using fallback."
- Pixbay crash. Also on other builds. Can be ignored. Seems to be an App issue.

Didn't it take a while for Magisk to work on LineageOS 17 as well?
Top

In this version recovery is broken, so Magisk cannot be installed. But new version on the way with lot of fixes

everything yo say is ok, i try it on microSD, thanks.
i will try it more in my car

the one problem which is also in L17.1 is when i call google assistant, it say cant reach to google at the moment?
Top

Already got Magisk working?!?! pfffffffff that was fast! LOL
Top

the one problem which is also in L17.1 is when i call google assistant, it say cant reach to google at the moment?

To have google assistant Google Search app need to be installed with gapps(as I understand Play Store one does not support assistant).
Gapps one is very big, 200+ MB. Trying to fit it into image.

If you don't have a USB microphone attached, please Disable microphone permission for all apps.
Buy me a beer

If you don't have a USB microphone attached, please Disable microphone permission for all apps.

Why do we need to disable microphone permission? What happens if it's enabled and no microphone is connected? High cpu load? Force Closed?

If you don't have a USB microphone attached, please Disable microphone permission for all apps.

Why do we need to disable microphone permission? What happens if it's enabled and no microphone is connected? High cpu load? Force Closed?

Thank you @Voodik. This works great for me. The best yet. Could you make the Kiosk mode work, like you did for 17.1? Thanks again.
Top

Thank you voodik for taking the time to prepare this ROM, very much appreciated!

I just acquired my first ODROID (N2+) and installed this ROM immediately. This because my use case involves Android and I like running the newest and open source software. After some troubles installing at first, I have it running now and it works perfectly!

I mainly use android on my N2+ for 3 kinds of apps:
- Moonlight (for streaming games from my gaming-pc to tv) - this one is up and running!
- Dolphin Emulator (for old-school games, will try other emulators later)
- Kodi (for playing local videos)

For anyone who is doing this for the first time as well, I have two things to share I encountered and which took up (unnecessarily) a lot of my time:
1. I first flashed the Selfinstall Image according to the steps from the first post, and then tried to immediately update it to the latest update (alpha-v0.3) before connecting my N2+ to the internet. This didn't work for me (maybe I just didn't figure out the right way to do so). Then, after some time, I gave up trying to update the ROM first and connected the N2+ to the internet anyway through ethernet. Then, I could just update the ROM right there from within Android using the pre-installed Odroid Settings app. So this is the order in which it works for sure!
2. I have spent several hours on trying to get my GSF Android ID to complete the following step from the first post (I have the Google Apps version installed):

For Google apps please read this.
https://www.google.com/android/uncertified/
Also after you register your Android framework ID, please wait some time (30-60 minutes) then reboot Odroid and try to add Google Account.

But after installing the right software for ADB on my computer and connecting to the N2 with ADB, I get the response "inaccessible or not found" after entering the given command (the device is detected before that). Also trying several other ways of getting the GSF Android ID didn't give me a result (probably because these other ways are from old years-old posts for older versions of Android). In the end, I just gave up and started using the N2+. And actually, I can login with my Google account and I can use the Play Store to download and install apps, so it seems this step wasn't necessary after all for me - or am I still missing some functionality @voodik? (and I am using F-Droid wherever I can anyway)

@EvanI
Thanks for report.
Maybe at this point GSF Android ID not forced for Android 11, and you can skip it.
Buy me a beer