I recently would like to try to run some flutter app on non-android based embedded devices.
I recently got an odroidgo advance device and I realized that it would be a pretty good device to use as development target for this purpose (maybe only missing a touchscreen).

I've followed the steps from @tony.hong that I found on https://wiki.loliot.net/docs/lang/flutt ... nux-arm64/
Everything works smoothly (I only avoid some sudo invocation that was unnecessary but all the steps are really accurate and portable (using $HOME bash variable is so much appreciated

I only faced some issues:

1/ Need to use tip of tree clang/llvm to be able to build master branch of flutter-engine
2/ Need to add a gbm-wrapper to solve some undefined symbol issues on flutter-arm, I did the change on my private fork: https://github.com/lslrt/flutter-arm
3/ First attempt to run some demo flutter app "compiled" (flutter build bundle) on my host pc using master flutter-tools (installed from snap on debian) was generating some error (

), after some reading I've ended compiling flutter-engine for my host (alongside the arm64 build) and then instruct flutter-tools to use the newly built engine (

Finally I can now run some demo app on my odroidgo advance.

What to do next:

* Using flutter-pi master branch rather than flutter-arm fork.
* Figuring out how to use inputs on a flutter app (buttons and joystick)
* Coding my first flutter app 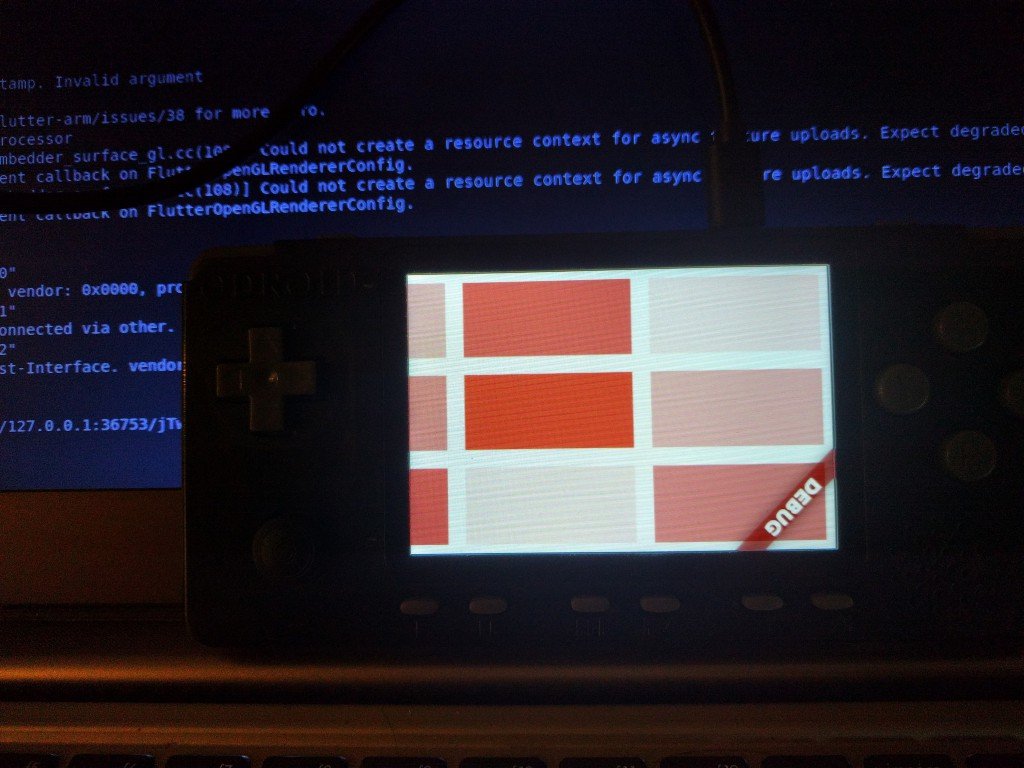