Had some spare time on my hands today so thought I would run through my PSP catalogue and report back on findings. Few things to point out.

1) I have not tested many 2d games or PSP minis, as the majority of these work
2) There are a lot of other games I have tried that are not on the list below, so if you want to know about something specific, please ask and I willk do my best to answer.
3) Some of these may have slowdown in the menus etc, but are fine when you get into game
4) If I have listed one of series below, chances are I have tried the others. For example, Lego Batman, Tekken 6 and Pro Evo 2014 do not play well, either though other games in their series do.
5) If anyone has any tips or other games to add to the list, post them below and will update

With that being said, time for the good news

The following all play at 80-100% speed on Emuelec with default PSP Emulator settings:

hi. Just to be sure these are tested without frameskip you mean?.(i dont know the default setting of the emulator, i will only get my device on Tuesday)

. Are those 2 games in the category closer to ~100% speed, or they fluctuate between the 80-100% you specified. And is it noticeable without looking at the FPS?

2)can you try Pes 6 also? Maybe that one works always on 100%(with no frameskip of course), being an older game.
Top

I could not get any PSP 3D game to work without frame skipping and even than I have sound issues in most of the cases. As for FPS counter, many games show ~15fps but they are perfectly playable (with sound stuttering).

I compared PPSSPP on android on on OGA and android version has much, much more optimization options than OGA one. Example is guide here https://techshali.com/best-setting-ppsspp. Are those options hidden in some ini files or they are simply not implemented/not needed/not possible on a Linux version of PPSSPP?

On the other hand, 2D games are running great - you can add Ultimate Ghosts 'n Goblins and Castlevania: The Dracula X Chronicles to the list of working games.
Top

Even the XU4 needs frame skipping (2x auto) and of course the Go2 too and with 2x it's still smooth but anything higher it gets choppy and PPSSPP needs also CPU, GPU and memory governor set to performance, without it even Ghostn Goblins plays choppy but with you can set 3xPSP frame size and it's still playable.


Can we set this on our own in PPSSPP in OGA or it is something that developer/creator of image must do?
Top

Ok so i tested Pes 5 and Pes 6 and they run at 30 FPS with no frame skip and feels good and stable but i have 2 questions:

1. What was the framerate on the native PSP? Was this a 30FPS caped game?
2.How can i see the CPU utilization in PPSSPP?. The debug option in the menu of the emulator( activated if i press VI) is on full screen and un-resized, impossible to read
Top

1. depends on games. I think over 70% games run at native 30FPS and others are 60FPS.
2. I had to see 'htop' output from remote SSH to monitor the CPU utilization.

Ok i found a way to test the full speed of PES 5 and PES6. I tested them on the PC (which is tons faster machine:p). They run at 30fps during gameplay(60fps in menus)
So its confirmed , they work at full speed on the Odroid GO Advanced. THX Odroid

I can confirm that mega man maverick hunter X and mega man powered up runs full speed 90% of the time.
Final fantasy crisis core runs well, though when there is a lot of effects with spells it can slow down.
Top

I think this thread would be better placed in viewforum.php?f=195 section.
Top

Posted these a while back:

With that being said, time for the good news

The following all play at 80-100% speed on Emuelec with default PSP Emulator settings:

Ape Escape On The Loose

I am also using Emuelec and I am very interested in playing Ape Escape On The Loose. That being said, the game runs really well but my issue is with diagonal movement with the analog stick. It is not registering run values on any diagonal movement and so what ends up happening is the character runs forward and when you try to change direction, the character walks and then runs again when it is no longer diagonal. It makes it very difficult to play as you have to chase the monkeys around.

Can you test if you have the same issue? I will keep hunting to see if I can increase the analog sensitivity. 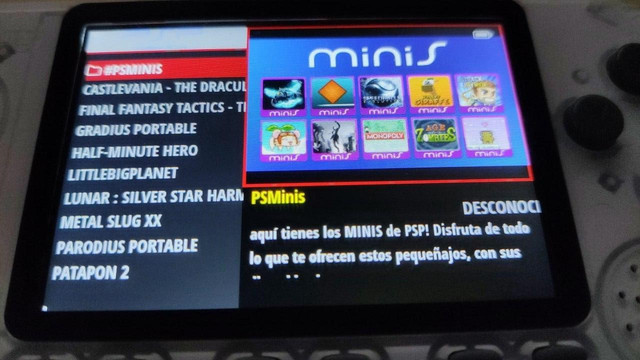 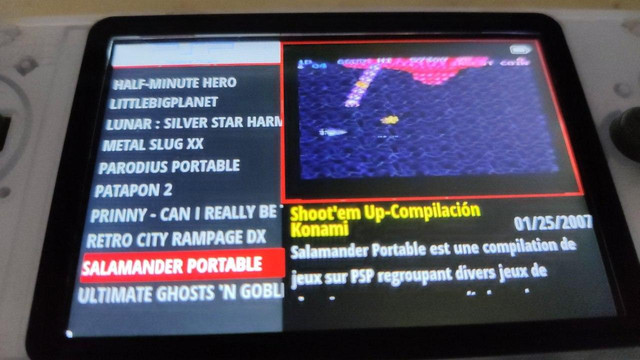 Anyone know how to install vulkan instead of opengl on ppsspp?

There are no vulkan drivers available at the moment (and maybe never will be)
Donate to support my work on the ODROID GameStation Turbo Image for U2/U3 XU3/XU4 X2 X C1 as well as many other releases.
Check out the Games and Emulators section to find some of my work or check the files in my repository to find the software i build for ODROIDs.
If you want to add my repository to your image read my HOWTO integrate my repo into your image.
Top