SuperTuxKart is not new to the ODROID but on previous versions we had to use gl4es from @ptitSeb, as the game was written for OpenGL only.

Lately the game got an update that allows us to play the game natively under OpenGL ES 2.0 or even OpenGL ES 3.0 if you have an XU3/XU4.

The game looks really nice both in OpenGL ES 2.0 and 3.0 and although OpenGL ES 3.0 looks a lot nicer, it's way faster if you play the game in OpenGL ES 2.0, but that's up to you and your settings:

In the level called "Antediluvian Abyss" you can really see the difference between OpenGL ES 2.0 effects and 3.0 effects
OpenGL ES 2.0 Super Tux Kart: 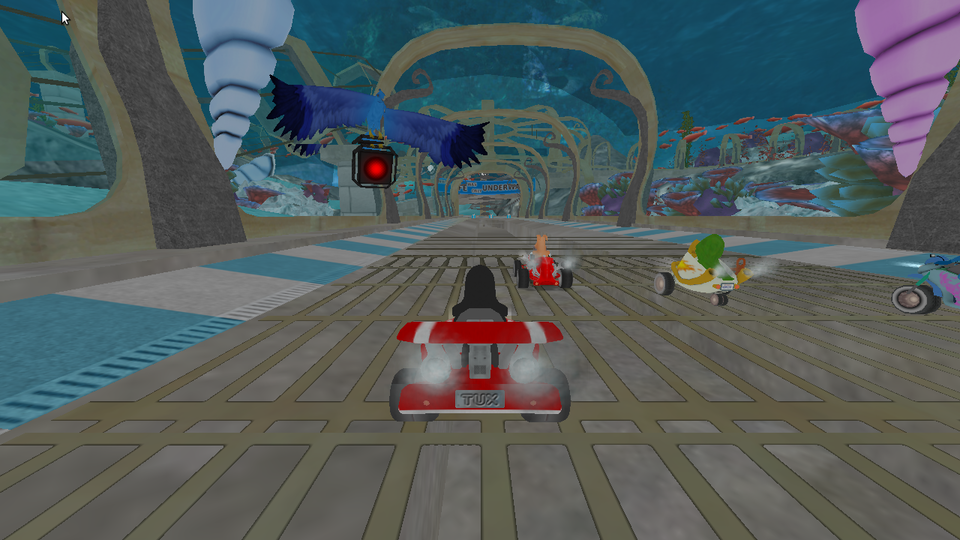 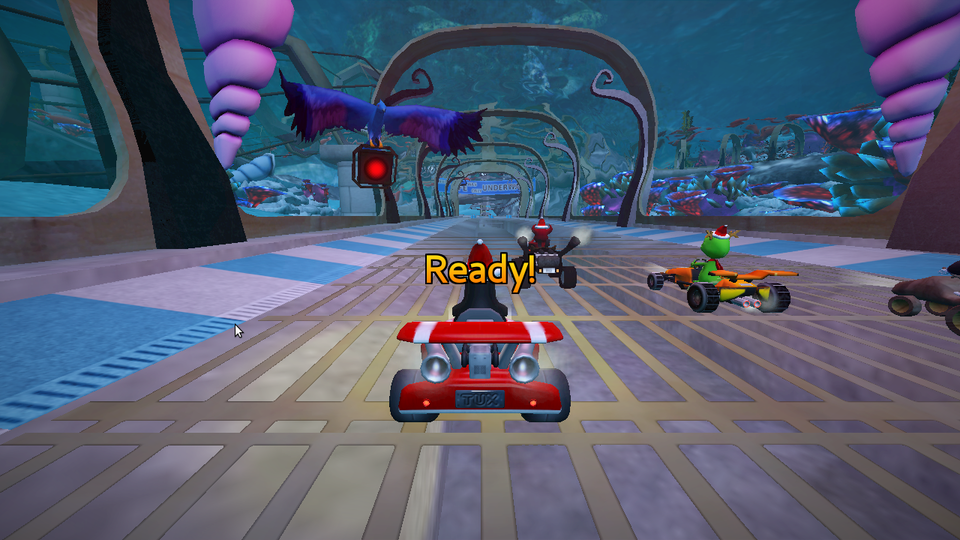 Although OpenGL ES 3.0 looks much nicer (look at the glass/water effect left and right of the track), it also comes with a hefty cost of performance.
If you disable the option: Advanced pipeline (lights, etc.) in the settings, you can switch the effects on and off where OpenGL ES 3.0 is used.
But even on the lowest settings here, it's much much slower than without this option.
Still as you can switch back and forth you can decide when you want to use it and when not.

At times I encountered an issue that can be seen in the loading screen already, where you have a purple bar at the top of your screen looking something like this: 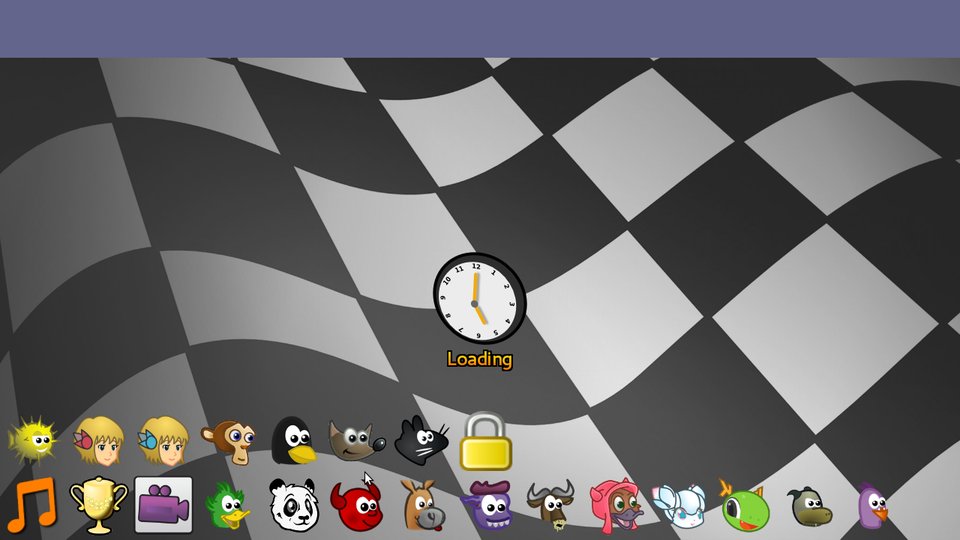 If this happens you also see the bar when you do a race and it seems as if the bottom of the screen was glued to the top in this bar, which looks very ugly.

If this happens to you, you either need to restart the game, or go into option and select "Apply new resolution" both triggers a reload of the engine, and after a few times it should be gone and the game should run just fine.

You can install the game from my repository either for Debian Jessie, or Debian Stretch for armhf and arm64 with the command:

Please note, this will also download the supertuxkart-data-odroid package which is quite big all together you need around 520 MB of storage to download the game and installed it's about 600 MB.
The game was optimized for the armhf boards and depending on your board a different binary is started to give you the best performance possible for your board.

Optimization/Configuration:
Reducing the screen resolution can help speeding up the system.

Under ~/.config/supertuxkart/0.8.2/config.xml you will find the config file of the game and can adjust some settings here.
Especially the scale_rtts_factor can be used to increase performance, as it will reduce the internal rendering resolution and with that increases the performance.
So instead of running the game in 960x540 you can for example run the game in 1280x720 but use scale_rtts_factor="0.750000" which would render the game in 960x540 but displays it in 1280x720.
Please notice, that the lower you set the value the more pixelated the game will become.
Donate to support my work on the ODROID GameStation Turbo Image for U2/U3 XU3/XU4 X2 X C1 as well as many other releases.
Check out the Games and Emulators section to find some of my work or check the files in my repository to find the software i build for ODROIDs.
If you want to add my repository to your image read my HOWTO integrate my repo into your image.
Top

WOuld that work with ubuntu minimal?
Top

Nope, it was made for Debian not Ubuntu and uses some dependencies that do not exist on Ubuntu.
But it could be rebuild on Ubuntu to work.
Donate to support my work on the ODROID GameStation Turbo Image for U2/U3 XU3/XU4 X2 X C1 as well as many other releases.
Check out the Games and Emulators section to find some of my work or check the files in my repository to find the software i build for ODROIDs.
If you want to add my repository to your image read my HOWTO integrate my repo into your image.
Top

Too bad
I've to play this game. This is without a doubt the best virtual game I've ever played in ages. I originally began with https://usopen.club/. It's so cool!
Top
Post Reply
4 posts • Page 1 of 1

Return to “Games and Emulators”