Hi everyone, when I got my first Odroid, I spent about 2 weeks trying to get it to work, and much of the time was spent scouring these forums for tips that could help get it working. I thought it would be helpful if all these suggestions were in one place, especially for other newbies much like myself. So, based on my experience troubleshooting with my U3, I present this guide! I hope it you'll find it useful! 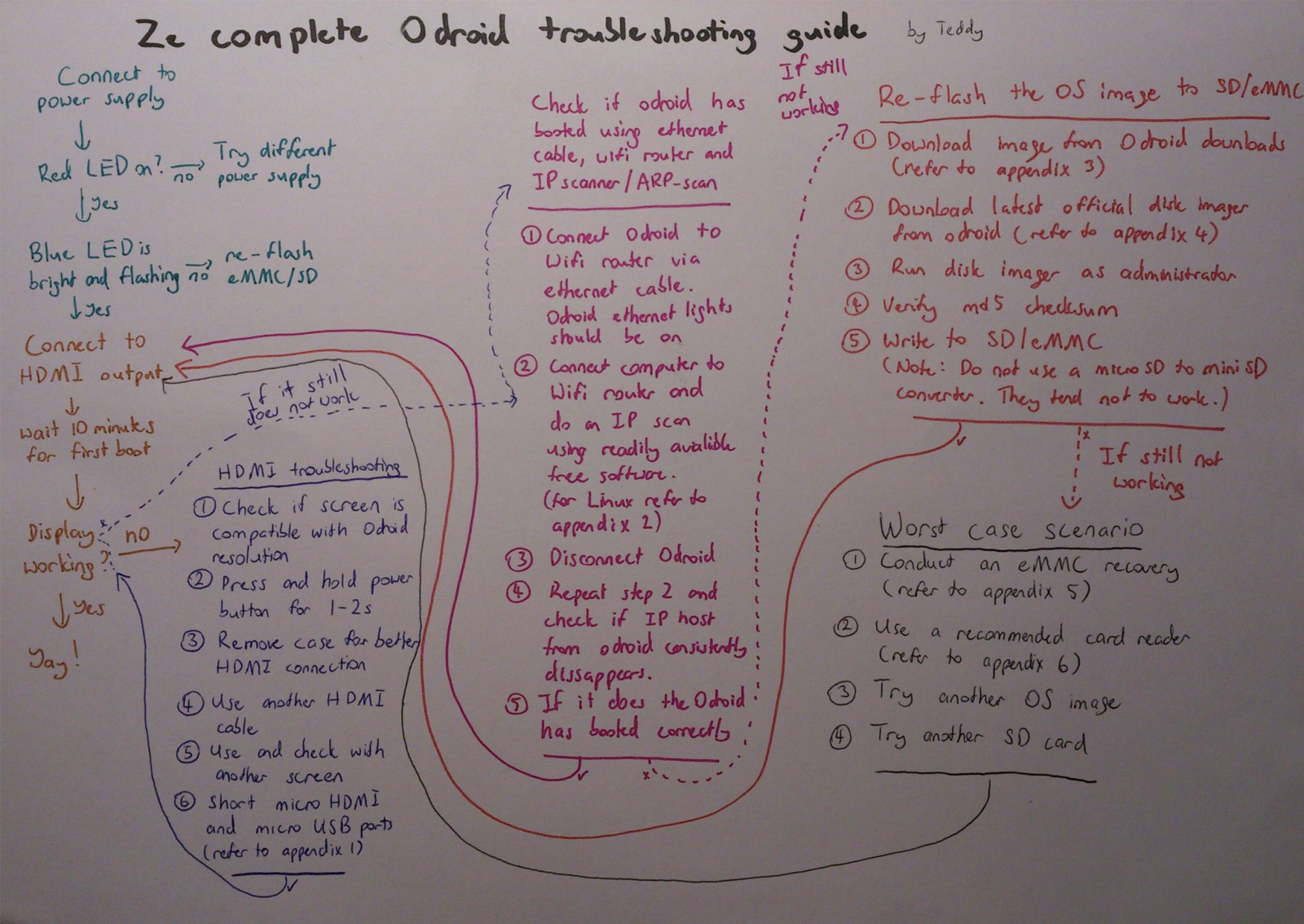 Scroll down for real protips from Odroid veterans and feel free to add your own!
Last edited by Teddy on Thu Feb 26, 2015 6:48 pm, edited 5 times in total.
Top

This is very nice

It's a very nice lookup.. sadly we still don't have an FAQ, where this would be a very nice topic for..
Anyway i have a few comments to your steps, don't feel offended

Donate to support my work on the ODROID GameStation Turbo Image for U2/U3 XU3/XU4 X2 X C1 as well as many other releases.
Check out the Games and Emulators section to find some of my work or check the files in my repository to find the software i build for ODROIDs.
If you want to add my repository to your image read my HOWTO integrate my repo into your image.
Top

Hey! Thanks for the constructive feedback! Its one of the things I like most about the Odroid community. I'll try and edit what I can. By the way, I had the to short the HDMI and micro USB port on my U3 to get the HDMI working. I guess I'm a first. Do feel free to add more protips so others can benefit!
Top
Post Reply
5 posts • Page 1 of 1